Well, spring got off to an interesting start here on Planet Dom; Storm Emma collided with the Beast from the East and enveloped us in a winter wonderland for three days, and promptly disappeared as quickly as it arrived, leaving us wondering if we had dreamt it all.

I had organised a surprise meal for Dom for the Saturday night, with people coming from far and wide to wish him luck prior to his Everest adventure. I cancelled it on the Thursday as our little village was snowed in, then on Saturday the rains came and washed it all away. So Saturday afternoon was spent re-arranging it all. Only trouble was, the restaurant was full. You’d never have guessed I was an event coordinator for 12 years! In the end we crammed 15 onto a table of 12. Three were bunched around the end of the table and another had to sit precariously with one bottom cheek hanging off the banquette. One lady was a ‘curry virgin’ and burst her cherry because she wanted to see Dom before he set off on his big adventure.  It was lovely to see so many of our friends, and the look of shock on his face was priceless.

Did I mention that I share an office with Dom? This was all done literally behind his back. I think I’ve sprouted a few more grey hairs hoping that no one would let the cat out of the bag, but we managed to pull it off.

In mid March I took off on a ski trip to Morzine where I drank far too much wine and did far too little skiing. Dom didn’t come with me; he couldn’t risk injuring himself so close to his quest. It appears that I brought the snow back with me, turning our little patch of England into a winter wonderland for the second time in a month.

Enough of our domestic arrangements, what else has been occurring?

This month we welcomed our 780th follower to Planet Dom. I am completely flabbergasted at how quickly our little planet is being colonised; it was only on the 24th February that I was celebrating the arrival of our 500th follower. A very warm welcome to one and all, do say hello if you haven’t already introduced yourself and let me know what life is like in your part of the blogosphere.

We welcomed another very important visitor to Planet Dom. Yes, 80’s icon (“We’re the Kids in America, whoaa”) Kim Wilde has recorded a video message wishing Dom luck on his ascent of Mount Everest. What a star!

I must say, I’m beginning to feel a bit like Meryl Streep with the amount of awards I’ve been nominated for this month. I love receiving these nominations as it’s a great honour to be recognised by one’s peers. I think it’s a fantastic way of discovering other blogs and interacting with other bloggers and I always make a point of checking out the competition and have discovered lots of new blogs during this process.

However, these awards do take up a lot of time; time that I’d rather spend recounting our many adventures. Therefore I have a self-imposed rule of publishing just one award post per month to allow me to concentrate on my blog. For this month I have completed the Sunshine Blogger Award nominated from Meher at The Scribblings. Other nominations came from:

If you have time, do visit their blogs, there’s a whole lot of talent going on in that there list.

My blog started earning money this month. I’m not quite sure what I think of all this space junk littering my planet, but I guess I’ll learn to live with it. How ironic that the first ads to appear on a blog about dyslexia were for computer coding. Seriously? Dom was both intrigued and amused at how much havoc a dyslexic computer programmer could reap upon the world!

It was only a matter of time before I pressed the publish button too soon! Luckily Dom was reading the post and alerted me to my faux pas. I quickly reverted the status to ‘draft’ and deleted it from my social media accounts, but there will be a few people out there wondering why I’ve published something unfinished. Have you ever done it? Spill the beans!

There’s a lot to learn with this blogging malarkey, don’t you agree? I’ve finally got around to setting up a couple of new accounts – StumbleUpon and a Tumblr. I’ll let you know in future updates if they bring any new traffic my way. I’d be interested in hearing if any other bloggers use these as the jury seems to be pretty much divided on whether they’re worth the effort.

Every month I’ll list the blog posts I’ve enjoyed the most. No synopsis or explanation, just think of it as a lucky dip. So grab yourself a cuppa (or your favourite tipple) and dive in:

Nerdiness is Next to Godliness – Cole’s Campfire Blog

The Gentle Art of Daydreaming – The Mindful Gardener

Okay, so… I was talking to the chicklets and… – Rethinking Life

Let me know if you discover something new and exciting from the above list, and if you have a favourite blogger, why not give them a name check in the comments box so I can check them out?

That’s all for now, folks. I hope April sends abundant followers and endless traffic to your blogs!

Photo courtesy of MILKOVÍ on Unsplash

Send this to infinity and beyond - tell your friends! 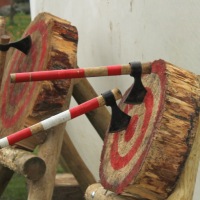 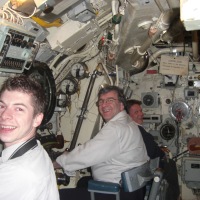 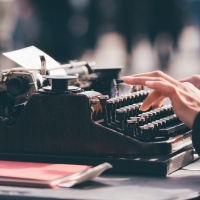 © Unauthorised use and/or duplication of this material without express and written permission from this site’s author and/or owner is strictly prohibited.